LED lights have created a new trend in the architectural realm. Gone are the days when buildings are only appreciated during the day. Now, you can enjoy touring over cities at night thanks to LED light systems installed over skyscrapers, hotels, commercial buildings, stadiums, and office buildings.

In this article, we can find examples of how ingenious LED light ideas have added more flair and showstopping qualities to the following architectural infrastructure that you may apply to your own project. 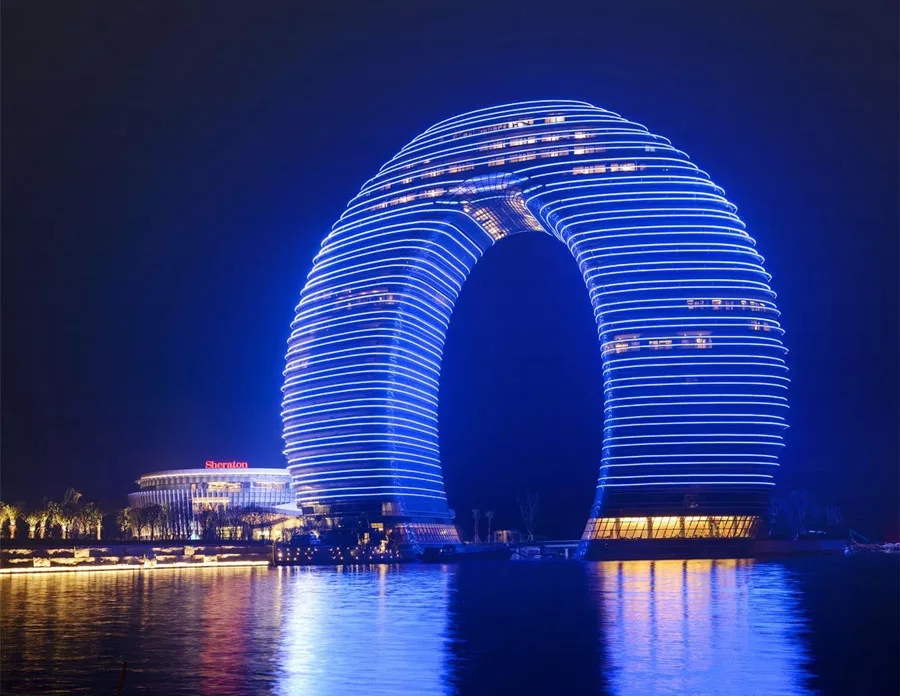 This iconic luxury Sheraton hotel in Huzhou, China is a showstopper with its unusual horseshoe or donut shape. It is not only a site during the day, but more so at night. The Sheraton Moon Hotel was completed last 2012 but it continues to capture many tourists and visitors’ attention as they visit the waterscape of Lake Tai.

Here we can see how simple yet smart, the LED lights were installed on the exterior of the building. We can observe that it wraps around the whole cross-sectional perimeter of the hotel. This, in turn, creates a layered illusion as if the structure is simply stacked and it floats in space.

The LED lights that are installed can change into different colors. Shapes and images can also be created from programming the LED lights with the surface of the hotel serving as a huge canvas. The hotel has light shows that are both entertaining and fascinating to watch.

This Council House in Perth, Western Australia is a 13 storey office building that is home to Perth’s city administration developed during the 1970s. It is one of Perth’s prime destinations and at one point was threatened to be demolished. Thankfully, the public has fought to save the building and the effort did not go in vain as the locals and tourists were still able to enjoy this building as a night attraction.

It is a truly transformative experience as, during the day, the building is quite unassuming and modest. During the night is when this building is showing off its true colors-literally! The LED lights are capable of switching colors and the whole building can turn into technicolor. The LED lights are installed in such a way that it showcases a 3D profile with the smart utilization of the shadow effect. 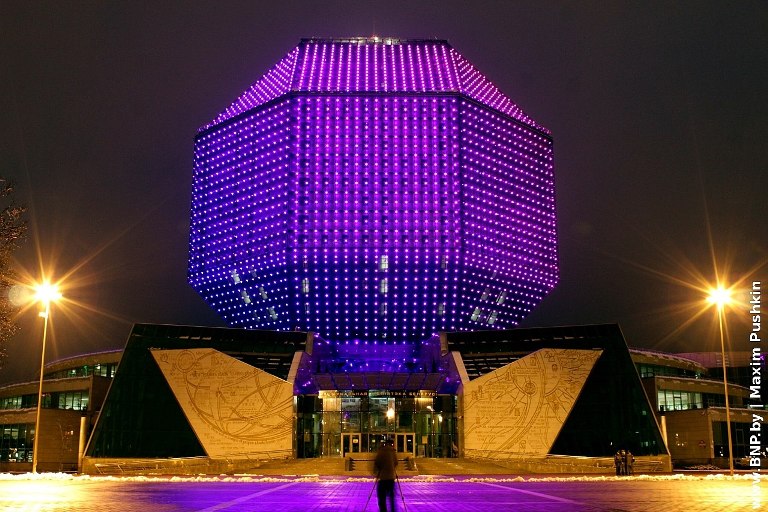 The National Library of Belarus is the largest library in the Republic of Belarus. It has served not only as an avenue to read books but has been a significant landmark in Minsk. It is an architectural marvel with its rhombicuboctahedron volumetric profile. It is a complex polyhedron of 18 squares and 8 triangles all wrapped in LED lights that serve as an attraction to locals and tourists. At night, the LED lights create a light show for everyone that visits, taking advantage of the unique surface area that the building has.

The infrastructure has featured a modern take on architecture and the technologies that made the construction of the challenging shape happen. It is an important landmark as it continues to create emphasis on the encouragement for learning. 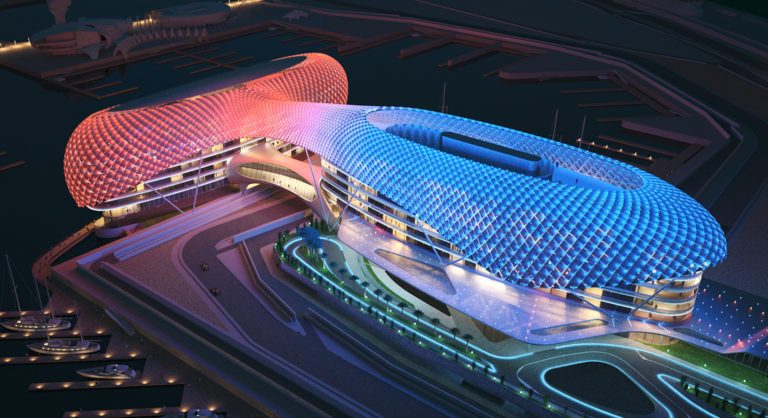 The Yas Marina Hotel in Abu Dhabi is an architectural and engineering success with its two, twelve storey building that towers over an F1 race circuit inside the marina. The iconic factor for this building is the curvilinear glass and steel that sweeps over the two towers. The LED lighting system on this infrastructure is advanced with its integrated control system. It is able to control each individual glass of more than five thousand panels that makes up the grid shell.

The LED lights are capable of showing different colors across all spectrum and are made to withstand the harsh conditions in Abu Dhabi with temperatures reaching up to 40 degrees Celsius and wind speed up to 120kilometers  per hour. 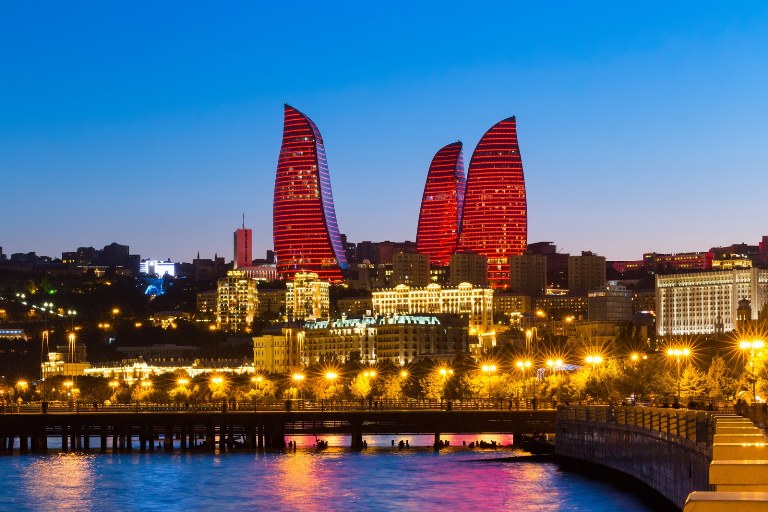 The Flame Towers of Fairmont Baku, Azerbaijan consists of three towers that are flaming with personalities. It is a country landmark with its bold and dramatic statement showcasing LED lights in the hues of reds, oranges, and blues. It is a fancy complex of hotel rooms and serviced apartments.

Tourists and visitors are welcomed by the flame towers’ LED light show where images and characters can be shown for advertisements and announcements.

These showstopping architectural buildings are famous and well known not only for its complex architectural structure but also for their picturesque facade at night. They have evolved from mundane buildings into symbols of progress, creativity, and art.

Their presence is known by these LED lights even at night, where we are all supposed to be wrapped by darkness. These buildings serve as a source of light, wonder, awe and a sign of continued growth for humankind.

6 Benefits of Telecommunication for Business

4 Basic Valve Parameters to Consider When Selecting a Valve Actuator