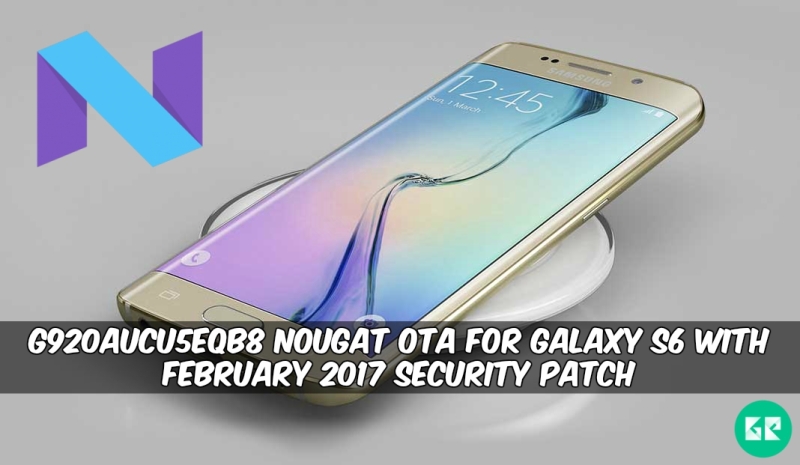 The G920AUCU5EQB8 update is ready for Samsung Galaxy S6 smartphone. You find more nougat OTA update in the previous post on this blog. And officially Samsung launched the latest G920AUCU5EQB8 Nougat OTA For Galaxy S6 SM-G920A With February 2017 Security Patch. If you don’t update your device then flash this version of firmware that makes your phone latest nougat android version. That is an official stock firmware. Enjoy via this update some exclusive features that were introduced in this android nougat update with new Security Patch.

This update also changed some changelog, the new item added and latest march [01.03.2017] security patch update with other some new features added and the main thing that it comes with Nougat OTA For Galaxy S6 SM-G920A. If your device has been rooted or modified, then you update your device by flashing nougat OTA for Galaxy S7 via stock recovery. This OTA only for AT&T version device. So, let’s go and read the instruction carefully before the process.

Note: – This update Required Latest G920AUCU5EQA8, G920AUCU5DQB3, G920AUCS5DPK5 (any version of this) Build if your build older then all of this then update your device to those builds.