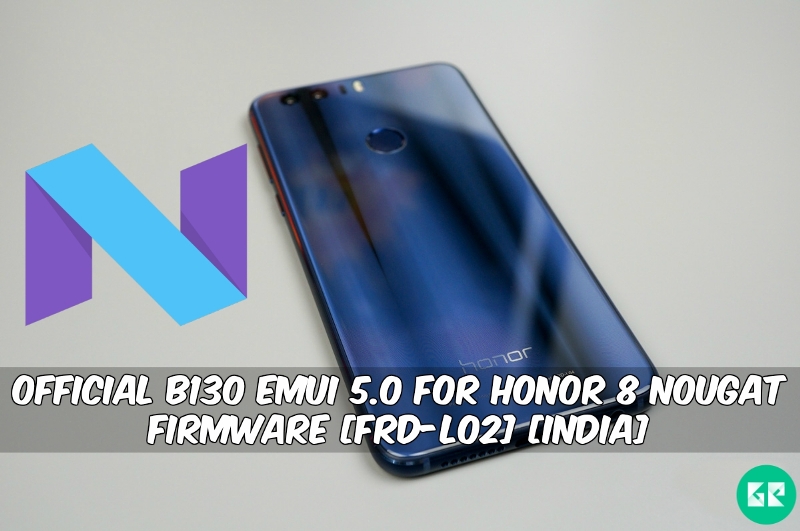 Some day ago Huawei launched emui 5.0 with Huawei mate 9. Now time to rolling out emui 5.0 android nougat for their old build devices. Nougat firmware is now available for Honor 8 Indian version. Huawei is officially rolling out the Nougat firmware upgrade to the Honor 8 and much of its variants including FRD-L09, FRD-L14, FRD-L19. Today we share official B130 EMUI 5.0 for Honor 8 nougat firmware FRD-L02 Indian variant. The ROM packs with android 7.0 which is based on emui 5.0 OS. This is official full version firmware.

Android 7.0 Nougat update is ready to full package. now already available with latest build B130 version. This update comes with the low-resolution power saving mode, 2016-10-14 security patch level from AOSP. Many users asking how to update Honor 8 Nougat Firmware? So today we already share the official nougat full firmware link in below. Here The guide and B130 full firmware link for Honor 8 FRD-L02 users. So don’t wait just go below and follow the guide.

If face any problem then please comment below, we happy to help you ….. 🙂 🙂 🙂