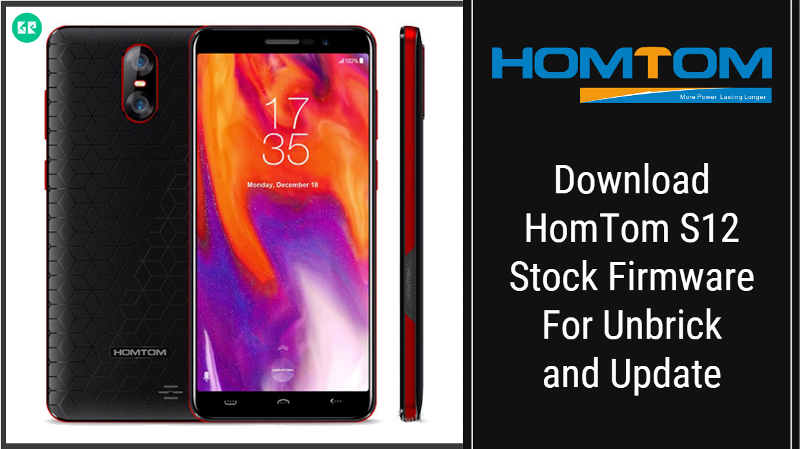 The official HomTom S12 Stock Firmware is here with driver tool and guide. HomTom S12 is now available on the market and after release TWRP and root method, you can install lots of mods, custom ROM and much more. To keep your device safe always save HomTom S12 firmware to repair. You can also update HomTom S12 smartphone and revert back to stock firmware, also If your Device Brick or Bootloop after installing Custom ROM’s, Kernels or anything this firmware will Unbrick HomTom S12.

If you facing any lag of your device, network issue, Screen freezing, unresponsive Touch and camera fail or any software related problem then you can download the Stock ROM or stock firmware for HomTom S12. By installing this stock firmware you can solve Screen freezing, boot loop other software related issues. Also, you can use this firmware to unbrick HomTom S12. Stock firmware doesn’t void the warranty of your device. The HomTom S12 Stock Firmware is now available for all regions with play store. So let’s go the instruction to download the Firmware.

This year, Elephone released HomTom S12 with Android 6.0 (Marshmellow). This device runs on 1.3 GHz octa-core MediaTek MT6580 processor and it comes with 1 GB of RAM. This device comes with a 5.0 inches qHD TFT capacitive touchscreen with 960 x 480 pixels. It has 8 GB of internal storage.

More Rom’s: Elephone A4 Stock Firmware For Unbrick and Update

We have uploaded the latest HomTom S12 firmware, SP Flash Tool and MTK driver so you can download directly from our site. This firmware helps you to many software issues and also unbrick HomTom S12.

Thinking Of Building Your Website With WordPress? Pros And Cons You Must Know