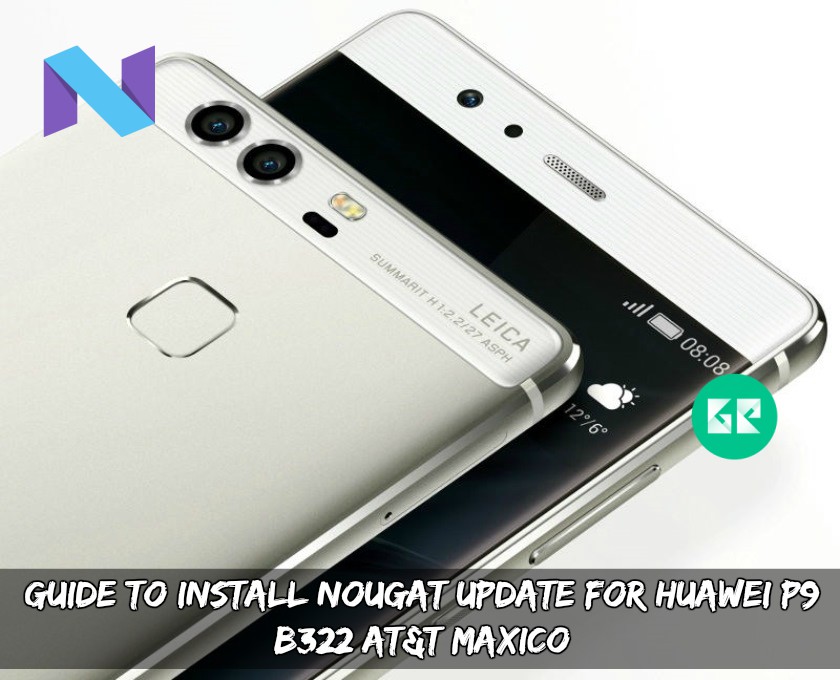 Huawei P9 B322 AT&T Mexico got the Nougat update. So here is the Guide To Install Nougat Update For Huawei P9 B322 AT&T Mexico. Huawei P9 was having Marshmallow version out of the box. Huawei promised to give the Nougat update for this device. The nougat update is out now Huawei kept the promise. This version is rolling out via OTA on your device but if you don’t get any update via update app and want to update. Then you flash this full Update and directly update the B322 firmware. The ROM packs with Android 7.0 Nougat.

The Huawei P9 smartphone which was launched in April 2016. The phone comes with the 5.2-inch touchscreen display with a resolution of 1080*1920 pixels. The display has PPI of 423pixels per inch. The P9 is powered by 2.5GHz octa-core Kirin 955 processor comes with 3/4GB of RAM. Cameras are to be considered the P9 comes with the Dual 12 megapixels at the rear at 8 megapixels at front.

This update improves system security with Google security patches. [Optimizations] Improved device security with Google security patches. Many users do not get this update on their device via updater app, so if you want to update your device, then you are the right place. Here the guide and B322 ROM link for Huawei P9 version. First, unroot of your device and then follow posted flashing method. The build number is EVA-L19C212B322. If you are new in this process then, please first read the following step.