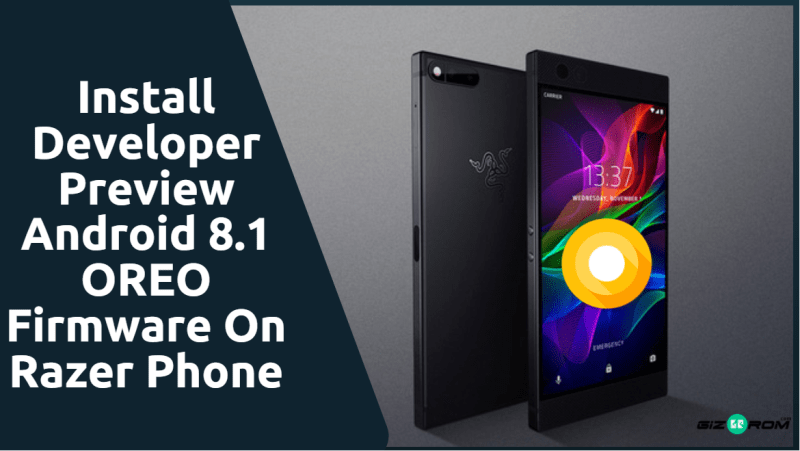 Yesterday Razer Android 8.1 OREO firmware On Razer Phone, This Developer Preview ROM can be flashed in all variant device. This is beta test firmware so, some of the bugs in the ROM and you will get much more changes in next update. Right now the only way to install Android 8.1 OREO Developer Preview on Razer Phone, that we share below. Now you can easily install Razer Phone Android Oreo update. This latest Android 8.1 update brings same as pixel UI, the brand does not change any fancy skins or overlays that run on top of Android. Also, this update change revamped notification section, UI improvements and much more. Download Android 8.1 OREO Firmware On Razer Phone and keep update your device with the latest update.

This is Developer Preview OREO ROM for Razer Phone, so need to unlock bootloader of Razer Phone. If you already do this then skip this step either follow full steps below.

Now you have successfully update latest Android 8.1 OREO update on Razer Phone. If you have any problems comment in the comment box.