Beta android 8.0 OREO update now available with latest build C432 version. Many users asking when Huawei release emui 6.0 for Huawei Mate 9 so today we already share the full process to update your device to OREO version. This EMIUI 8.0 update is available for both the single and dual-SIM variants in Europe. 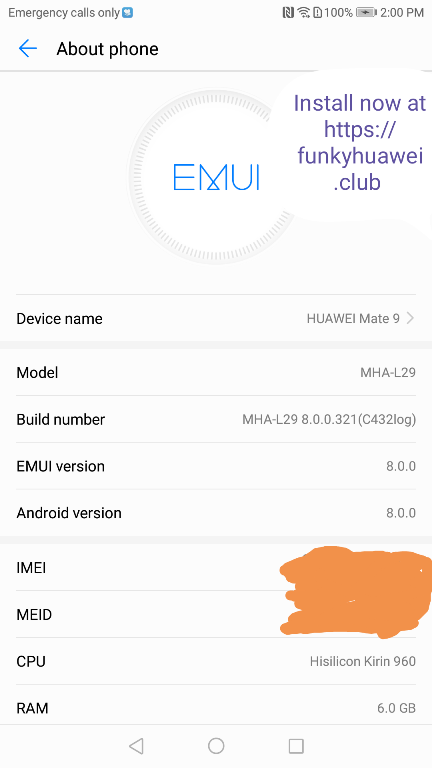 Huawei already started rolling out Android 8.0 update for Mate 9. EMUI 8.0 comes with lots of new features. Like new floating Navigation dock, new split-screen key, New smart notifications, and home key shortcut. If you want to update your device then you need to download the HwFut app and HW ID (Huawei ID). If you don’t have an account then goto on this page and register for a new account. Then follow below guide to install Emui 8.0 on Huawei Mate 9 OREO update.

At this time Huawei doesn’t release Emui 8.0 OREO firmware for Mate 9 in public. so if you want to join the beta program then contact FunkyHuawei team. first of all backup your device before updating your device.

If you face any problem during update your device to android 8.0 OREO then comment below in comment box we will help you as soon as possible, thank you.